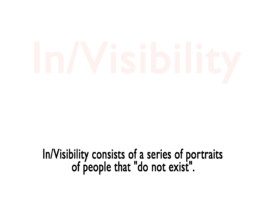 Interview on NPR for "Here & Now" 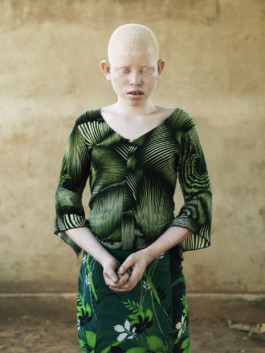 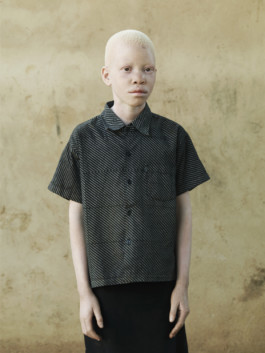 Indeed these persons, for the most part,  do not have any official civil status or legitimacy for they have not been registered at birth. Similarly they do not die - they ‘vanish’.

What these people have in common is that they all live in Tanzania and they all suffer from albinism - people with a congenital disorder characterized by complete or partial absence of pigment in the skin, hair and eyes due to the absence or defect of an enzyme involved in the production of melanin.

The project is situated at the intersection of art, anthropology and politics.

People with albinism in Tanzania, for the most part, do not have any civil status or legitimacy: they are not registered at birth and they do not die - rather, they ‘vanish’. There are no graves of albinos in cemeteries.

The portraits were taken in various part of the country during a six-month stay in Tanzania. They were done in places where there were groups of people, like the football club Albino United in Dar es Salaam, or in schools for visually impaired –Tanga, in family shelters, in private schools and the offices and homes of families and individuals around Dar es Salaam.

I systematically photographed all albino people I met at each location, and at times followed with an interview. The light is the same for all portraits. There are no shadows, no dramatization, and no set scenes. There is no styling; they were photographed wearing the clothes they had on at the time of our encounter. 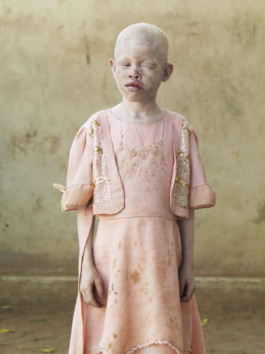 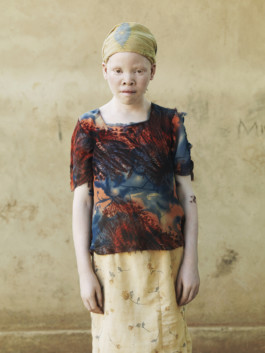 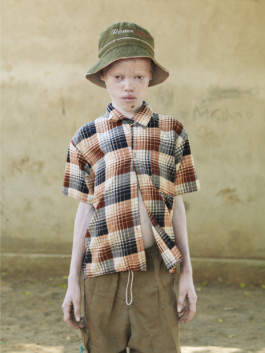 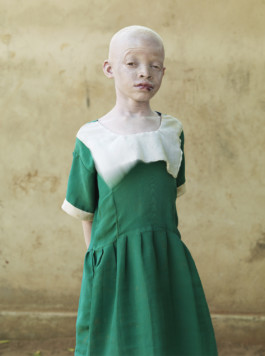 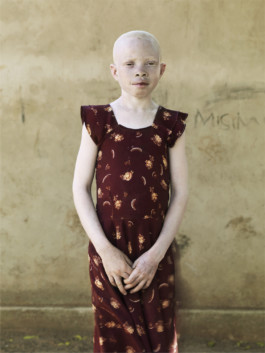 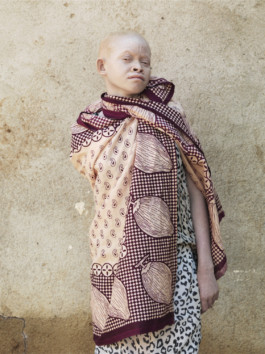 The albino in Africa is considered a victim of evil or magical beliefs. His or her birth is often experienced as a curse. In Tanzania, they are often dismissed and ignored. Thus the albino is, in a way, transparent. There is thus a paradox to their visibility and invisibility. They are noticed for their obvious difference in appearance from the black African population, and yet socially, they are ghosts - Zeru Zeru. As they have no civic legitimacy, they do not exist.

Since 2005, Tanzania has experienced a series of horrific massacres and mutilations of albinos. These attacks are inextricably linked to, among other things, the emergence of gold mining in the Great Lakes region that brought with it an influx of miners in the quest of riches and sorcerers extolling the virtues of good fortune brought by the body parts and organs of albinos. What followed was a veritable manhunt, especially of children, in the rural areas. 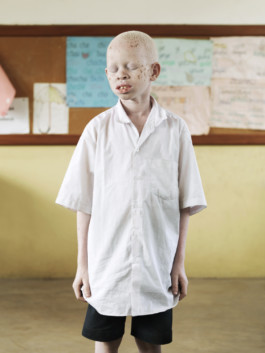 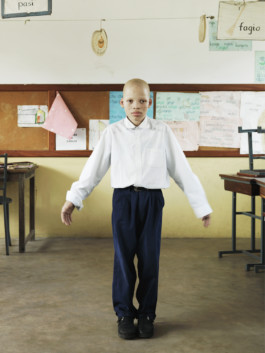 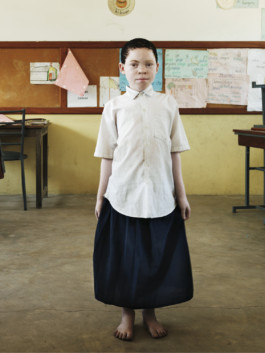 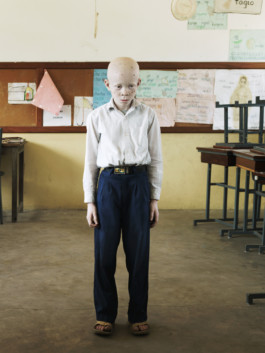 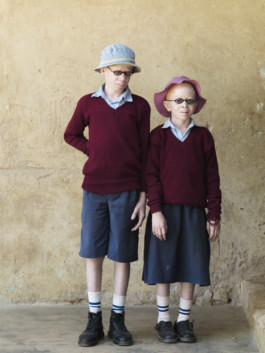 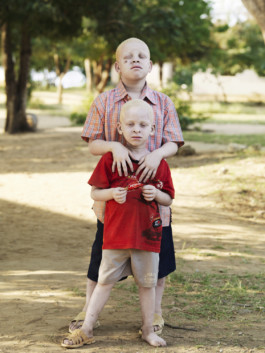 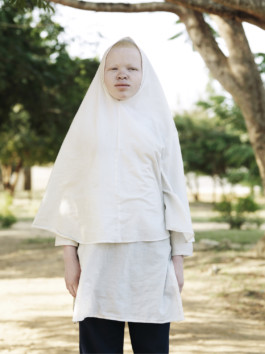 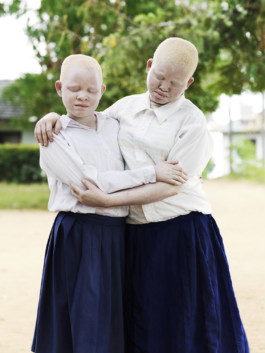 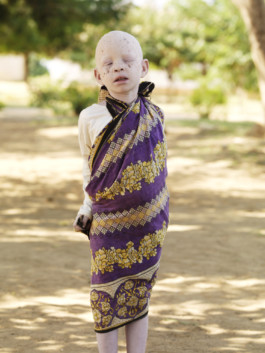 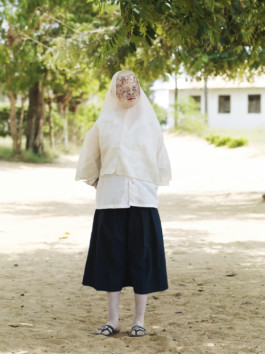 The paradox of value.

Albinos have been rendered worthless by a society that denies their existence, yet their bodies (limbs and organs) hold a high commercial value for those who believe in their magical powers.  This has generated panic in the albino population and their close relations. Some are “in hiding” in their own homes; others have been sent to boarding facilities or “camps,” which supposedly protect them, yet in which they find themselves left to the care of the State, which has simply formalized their segregation. In essence, they find themselves living as refugees in their own country and thus without bearing the rights of an official refugee. 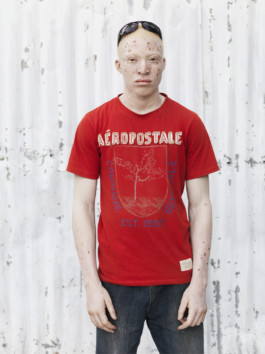 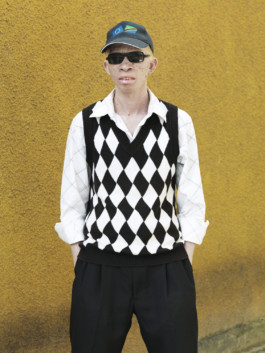 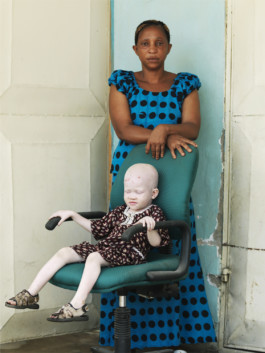 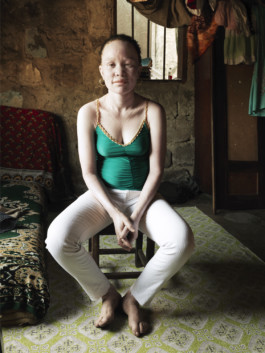 The paradox of whiteness.

This congenital condition shows its effects far beyond that of the body of the individual. It is its social ramifications that are the most intense. The process of self-identity formation is all the more complex when it is accompanied by the ambivalence and ambiguity that comes from being born white from black parents. While whiteness is considered, as a result of indoctrination led by colonization, as the superior color, the albino still faces rejection despite bearing the physical traits, resembling the Caucasian, that have been held up to be the archetype of beauty.

In taking these photographs I noticed how some of the girls (and women) made deliberate use of an arsenal of strategies (hair dye, makeup) to transform themselves to resemble the white woman, as they imagine her. They made their difference less ‘visible’ so as to ‘conform’ to the standards of beauty set by society. Indeed, it is less onerous for some to live by appearing to be white, instead of a Black African with albinism.

This project shows us the weight of the epidermal structure that is still imposed upon our society today.  The albino transcends the conventional boundaries of epidermal order. 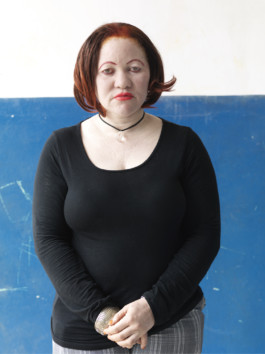 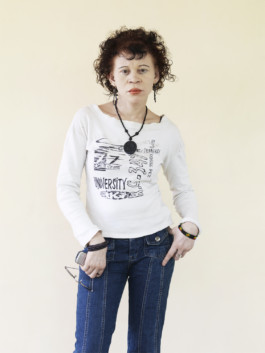 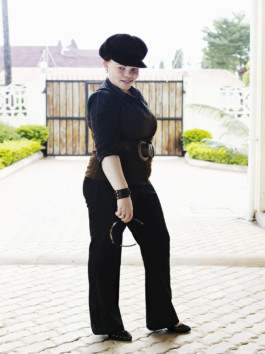